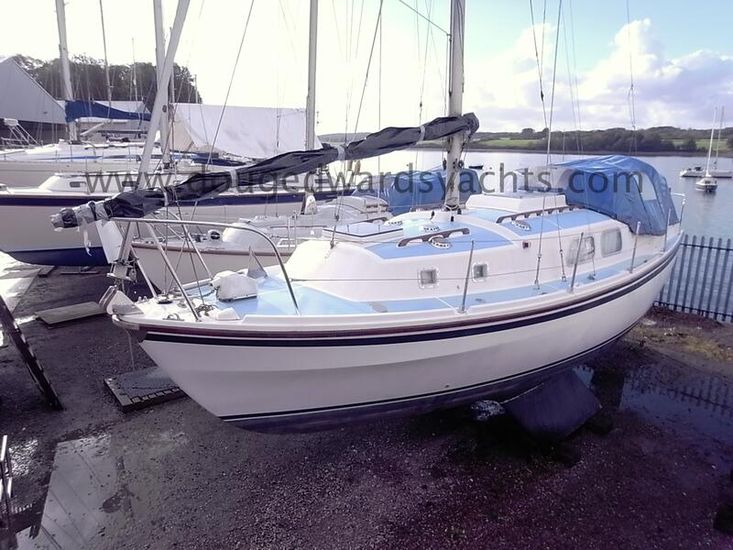 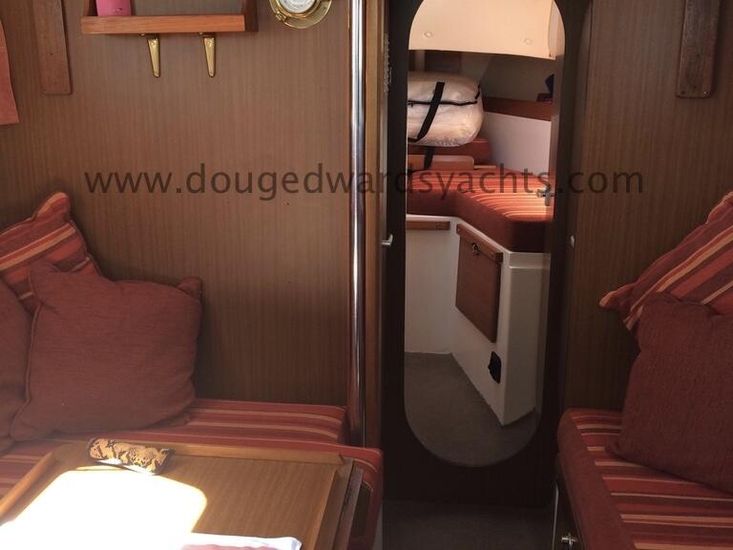 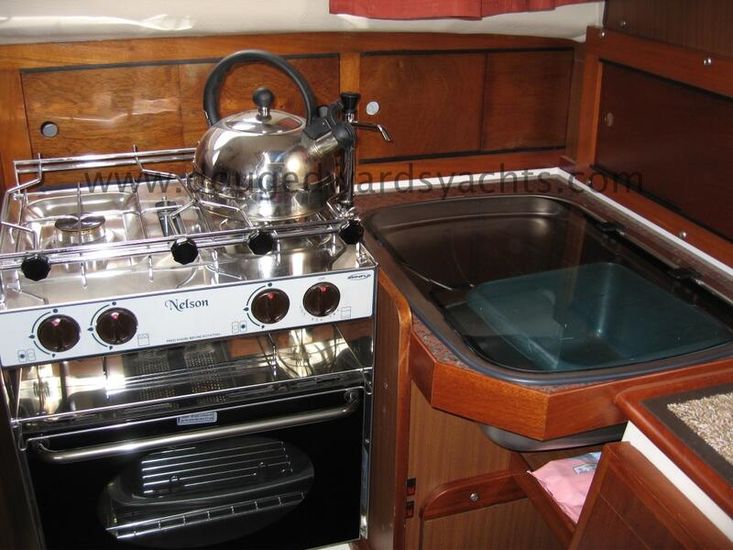 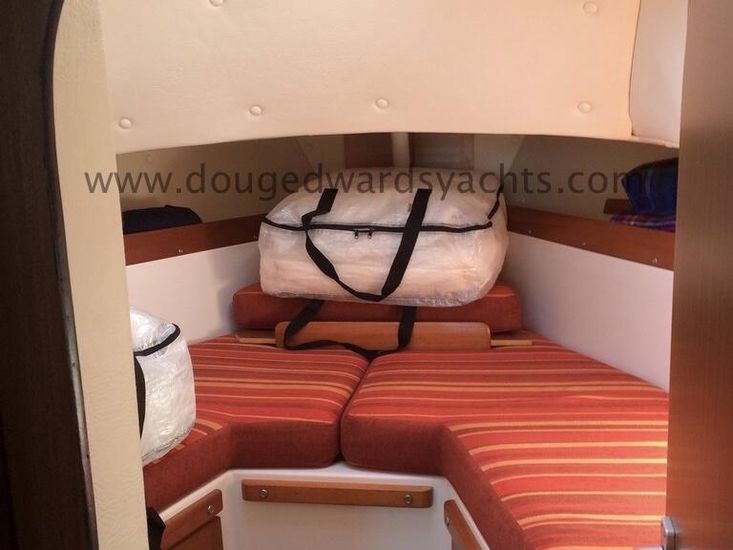 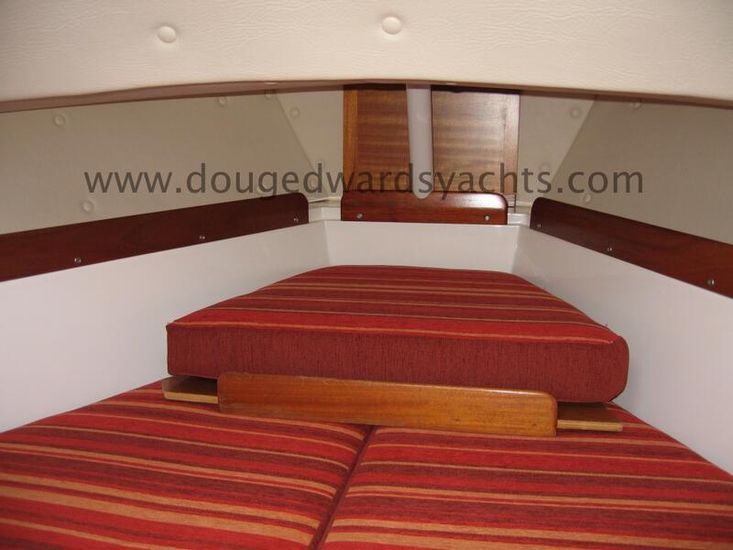 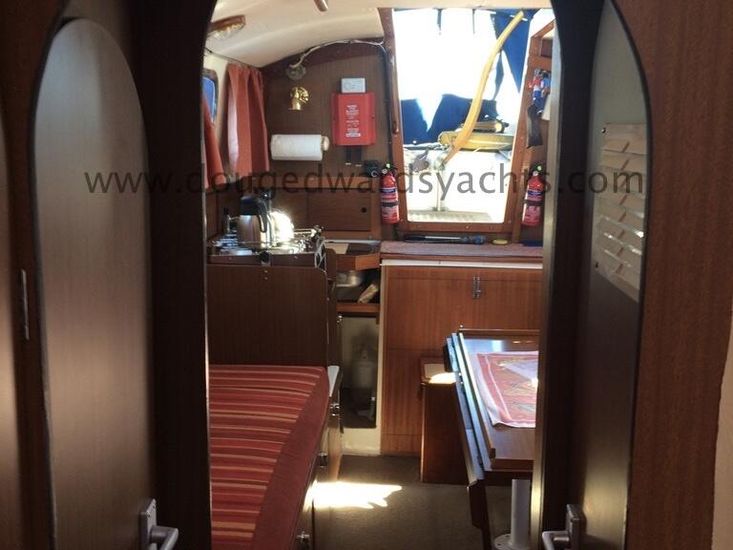 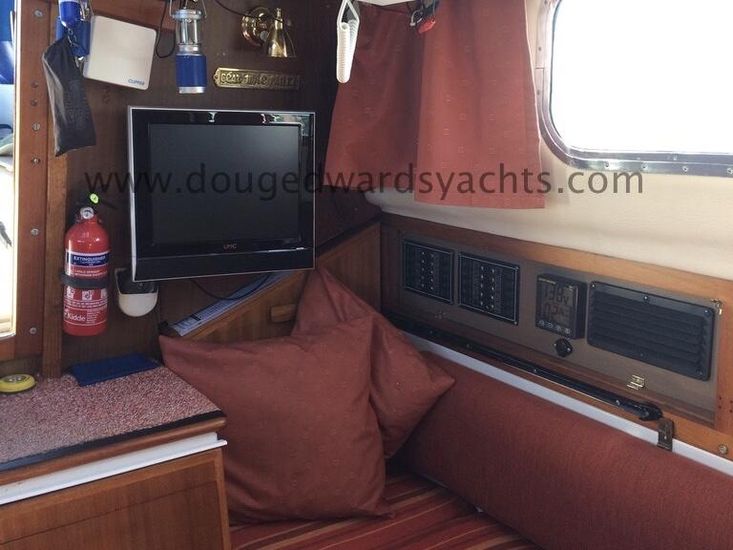 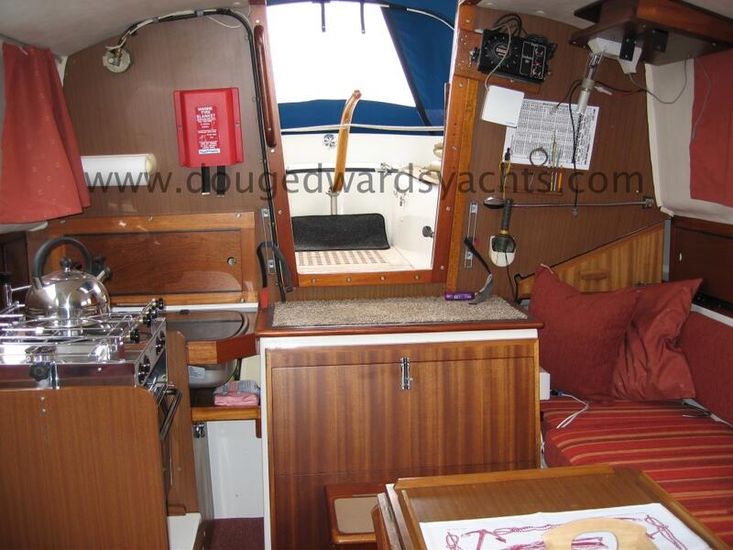 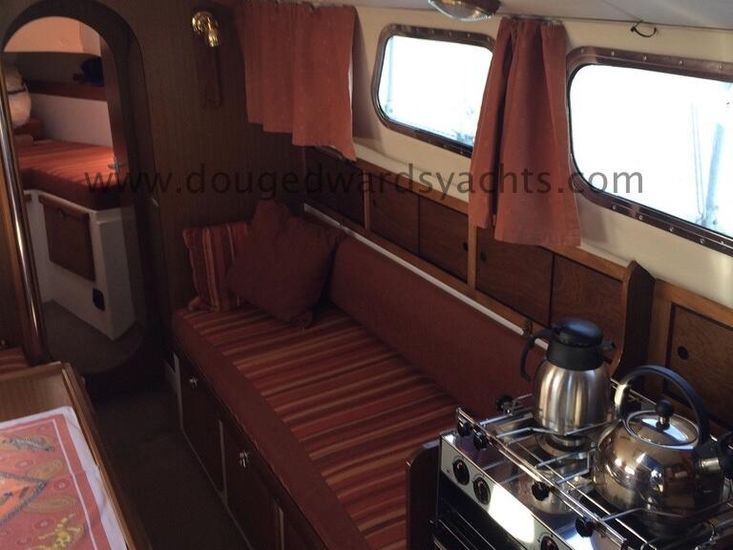 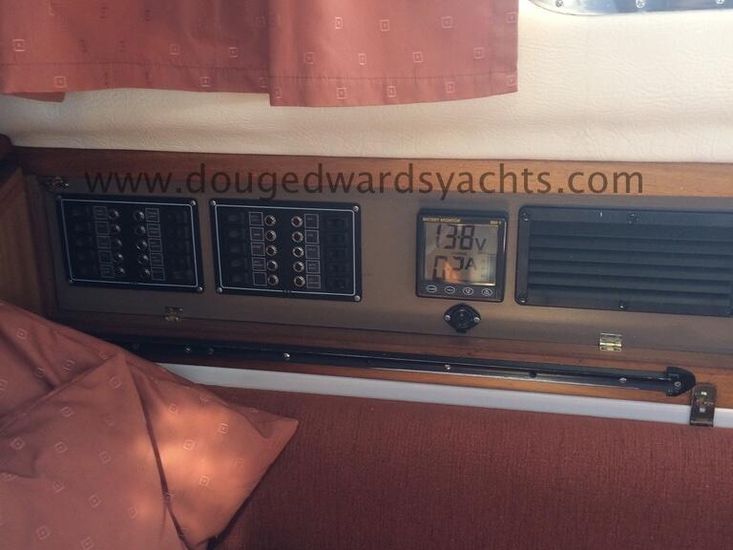 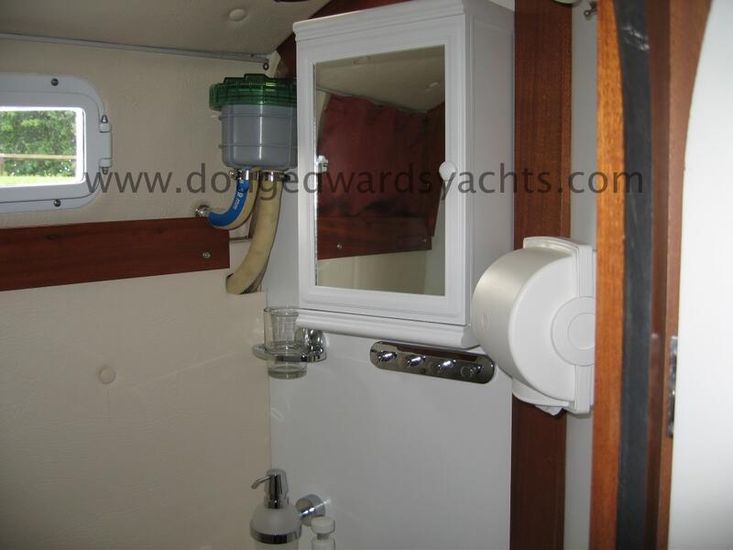 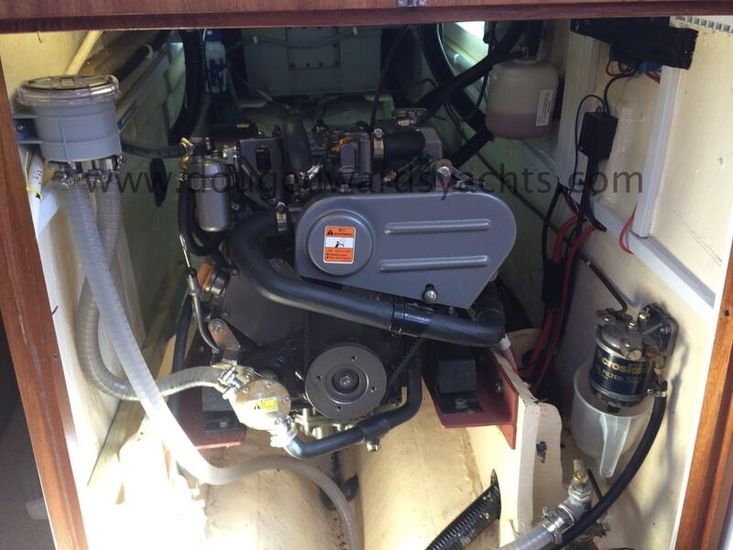 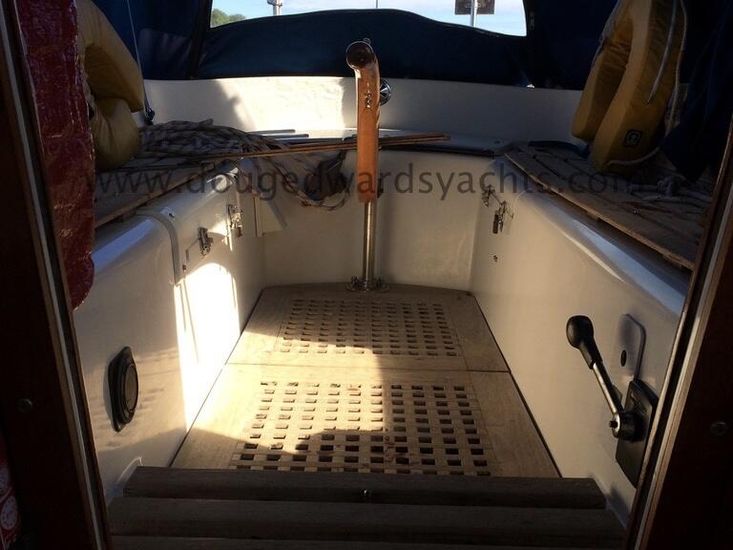 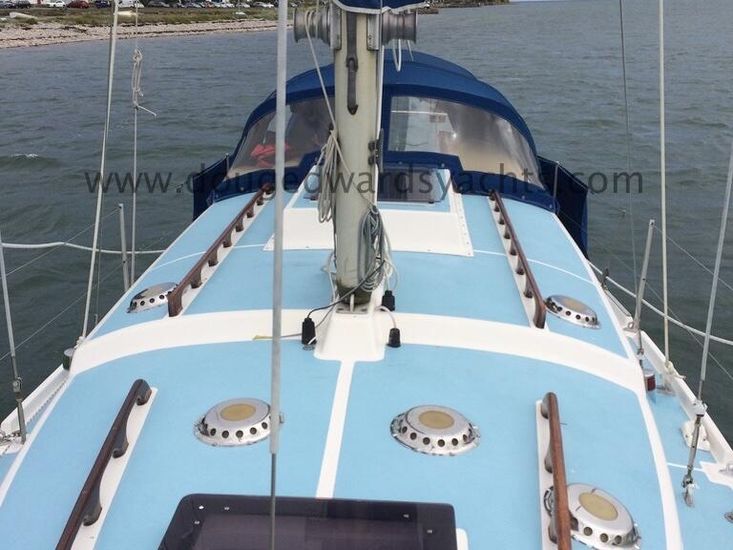 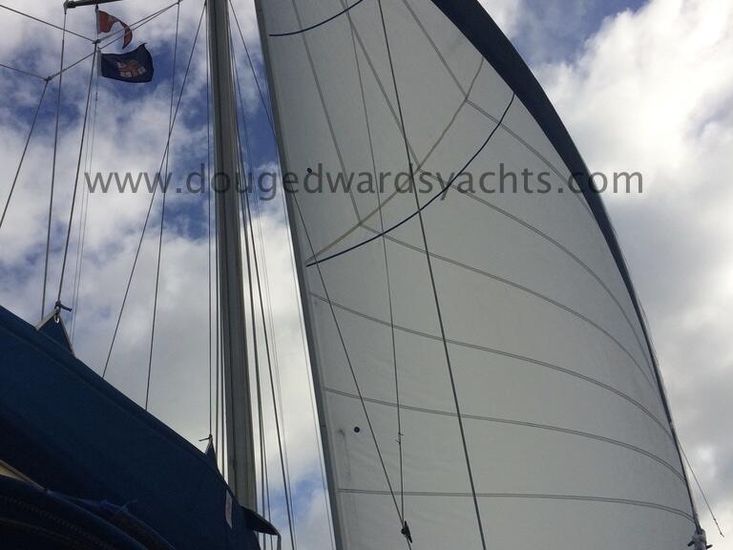 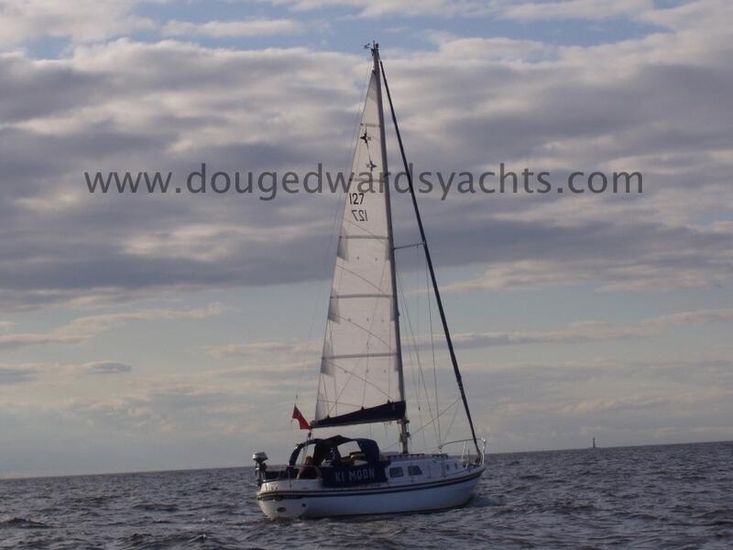 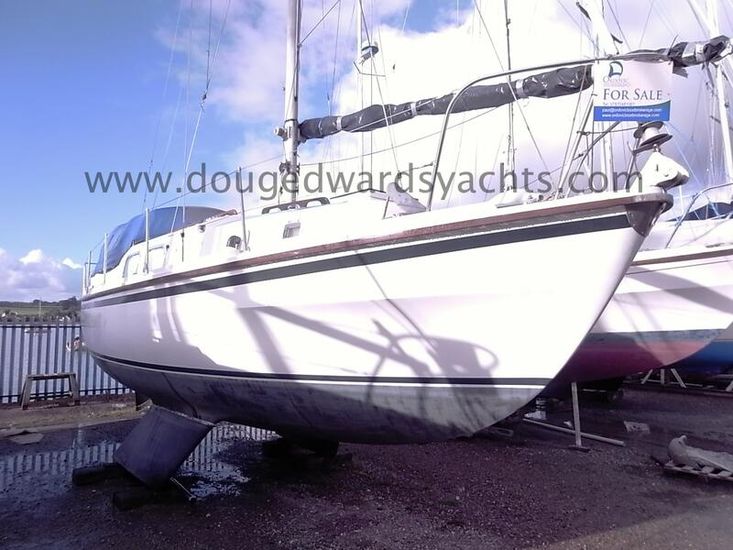 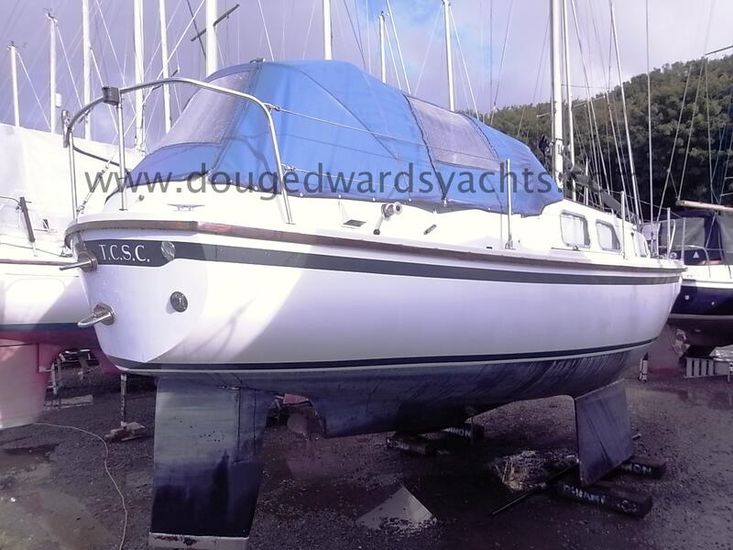 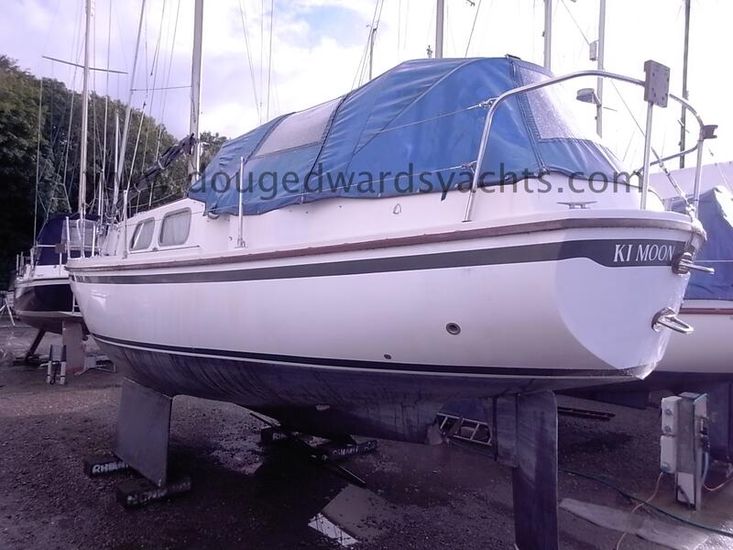 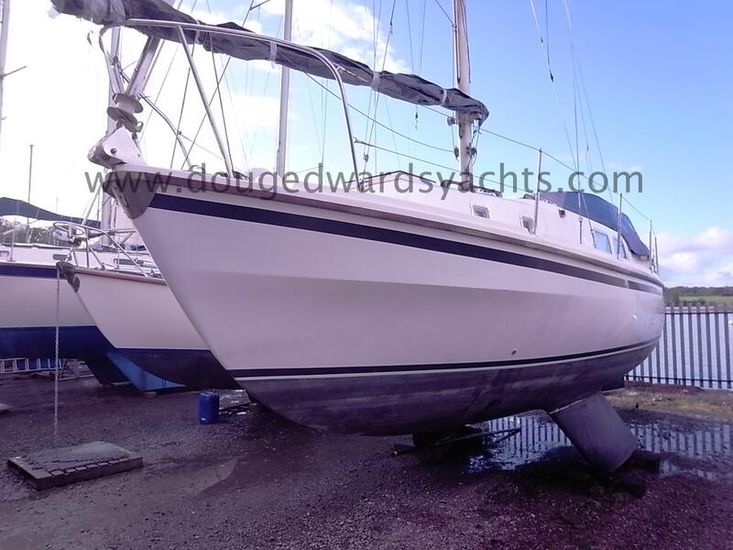 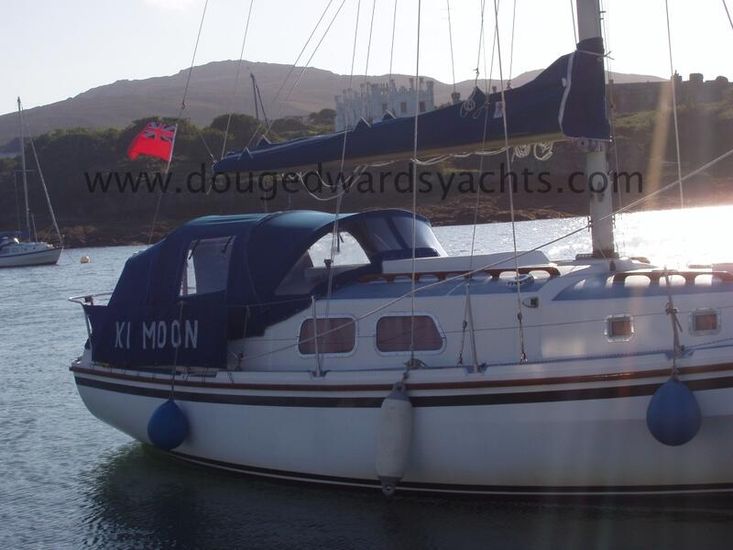 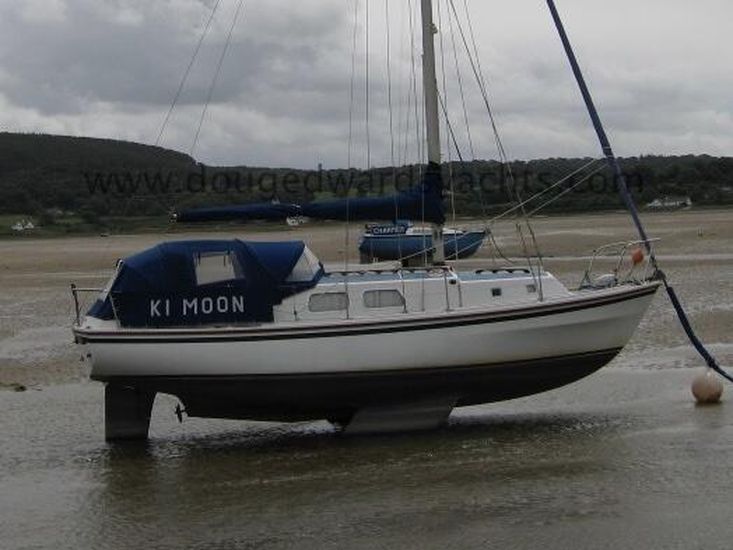 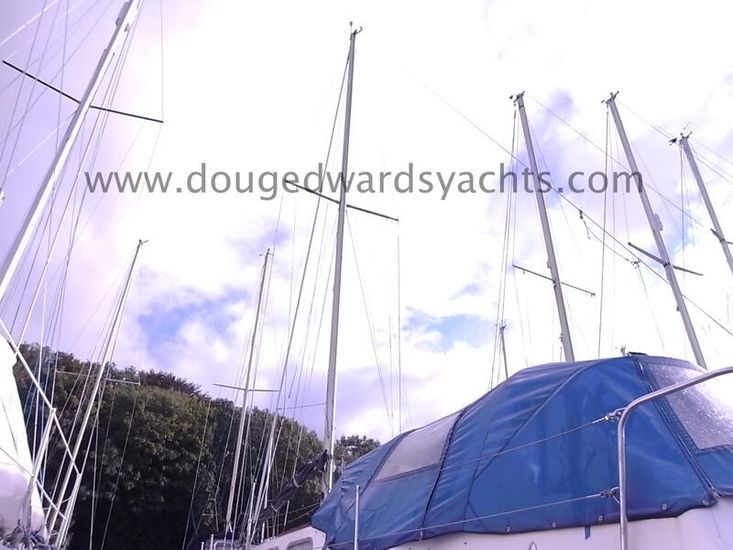 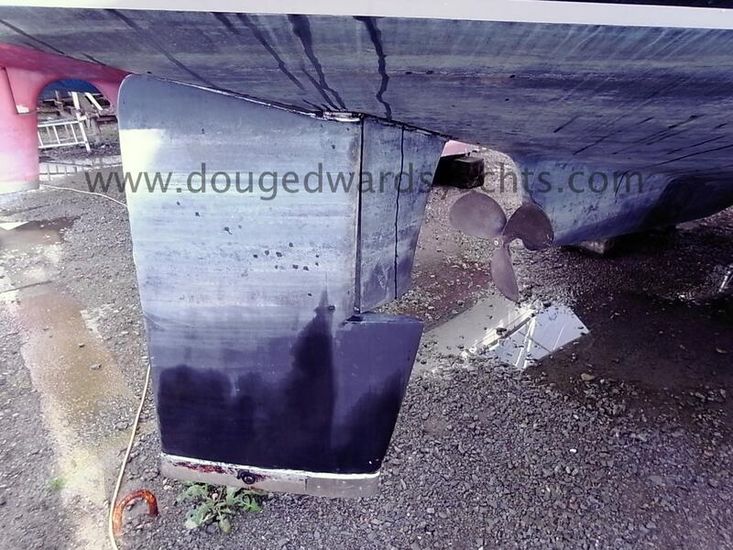 The cabin is warmed by a Mikuni 30 four outlet diesel fired blown air heater (2012). Headlining and upholstery renewed (2007). Interior joinery stripped and re-varnished (2007). LED lighting. The private forecabin has a double ‘V’ berth. There is a marine WC to port with full holding tank system (2007), there are two hanging lockers opposite. The saloon has two single settee berths (double berth conversion to port) with a dining table and there is a portside aft quarter berth. A flat screen TV is mounted aft of the saloon. The galley is aft and to starboard and has a new Nelson two burner stove (with oven and grill) and a stainless steel sink with foot pumped fresh cold water.

Doug Edwards Yachts offer the details of this vessel in good faith but cannot guarantee or warrant the accuracy of this information nor warrant the condition of the vessel. A buyer should instruct his agents, or his surveyors, to investigate such details as the buyer desires validated. This vessel is offered subject to prior sale, price change, or withdrawal without notice.

Boats for sale
by continent

Boats for sale
by country